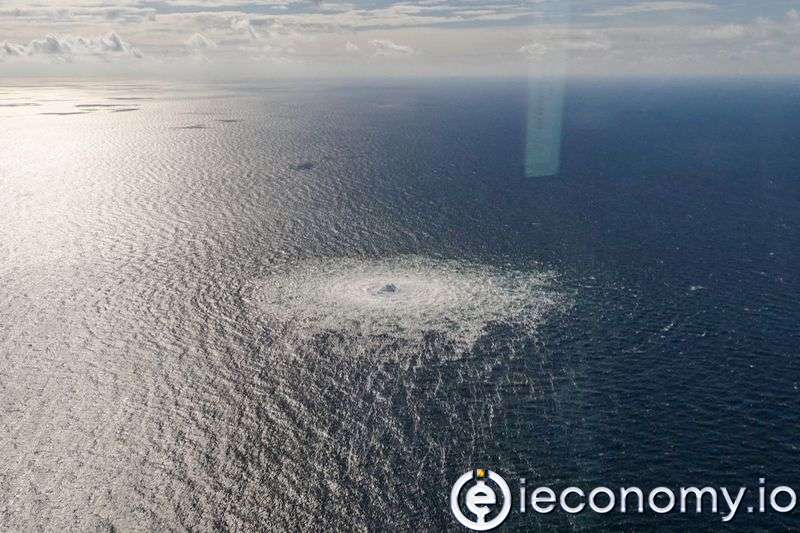 Russia offered no evidence for its claim that a leading NATO member sabotaged critical Russian infrastructure amid the worst crisis in relations between the West and Russia since the Cold War. The Russian ministry said "British experts" from the same unit had directed Ukrainian drone attacks on ships belonging to the Russian Black Sea fleet in Crimea early Saturday, which were largely repelled by Russian forces and caused minor damage to a Russian minesweeper. "According to available information, representatives of this unit of the British Navy were involved in the planning, provision and implementation of a terrorist attack that blew up the Nord Stream 1 and Nord Stream 2 gas pipelines in the Baltic Sea on September 26 this year," the ministry said. Britain denied the claim. "The Russian Ministry of Defense is resorting to making false allegations of epic proportions to distract attention from its disastrous handling of the illegal occupation of Ukraine," the British defense ministry said. "This fabricated story says more about the debates going on inside the Russian government than in the West." Russian Foreign Ministry spokeswoman Maria Zakharova said Moscow would seek a reaction from the UN Security Council and used social media to draw attention to "a series of terrorist attacks committed against the Russian Federation in the Black Sea and the Baltic Sea, including in the UK." Russia, which has been deeply isolated by Western countries since its invasion of Ukraine on February 24, has previously blamed the West for explosions in the Russian-built Nord Stream 1 and Nord Stream 2 pipelines in the Baltic Sea bed. But it has not previously provided specific details on who it believes is responsible for the damage to the pipelines, which are the largest routes for Russian gas deliveries to Europe. A sharp drop in pressure in both pipelines on September 26, when seismologists detected explosions, triggered a wave of speculation that one of Russia's most important energy corridors had been sabotaged. Follow Global Economic Developments on Social Media! Click here to follow Ieconomy official Facebook account! Click here to follow Ieconomy official Instagram account! Click here to follow Ieconomy official Twitter account!
Önceki