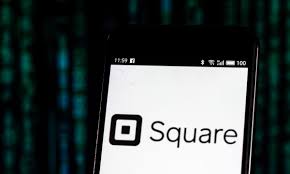 Square Purchases $ 170 Million Additional Bitcoin To Increase Crypto Assets   Square (SQ) announced on Tuesday that it purchased $ 170 million of Bitcoin to add to its expanding position. The company announced that with the purchases, it brings its total Bitcoin assets to about 5 % of its cash and cash equivalents assets. Square said that with the 3,318 Bitcoin he bought, the average of Bitcoin (BTC-USD) would show $ 51,235.   The cryptocurrency fell below $ 48,000 during Square's announcement on Tuesday.   In the press release made by the company before the earnings call, it was stated that Square was acting in accordance with the company's purpose and stated the following sentences: “Square sees Bitcoin as an economic empowerment tool for individuals to participate in the global monetary system and secure their own financial future. " It was also stated that the company plans to continuously evaluate its Bitcoin investments compared to other investments.

Square, which announced that it had purchased about $ 50 million worth of Bitcoin before October 2020, stated that this rate made up about 1 % of cash and cash equivalents. For comparison, Tesla's $ 1,5 billion purchase of Bitcoin was equivalent to 8 % of the company's other assets. Although Bitcoin, which reached an all-time record level by exceeding $ 58,000, dropped to $ 48,000 this week, the position increased by $ 1 billion. This weekend, Elon Musk shared on his Twitter account that the Bitcoin price seemed "high". MicroStrategy CEO Michael Saylor, who added Bitcoin to his balance sheet last year, can follow Tesla the first publicly traded company and Square,  in the decisions to be taken by the company. Michael Saylor made this announcement after holding a virtual conference with 1000 business leaders. He went to Square to celebrate after Jack Dorsey announced that he doubled his Bitcoin investments as a result of his call on his Saylor Twitter account. Square shares fell nearly 5 % in after-hours trading. Bitcoin, on the other hand, fluctuated slightly around $ 48,000.

BIST 100 Index Started the Day with a Decrease