Allegations of manipulation were on the agenda regarding the fluctuations in the stock market. Attention was drawn to the recent transactions 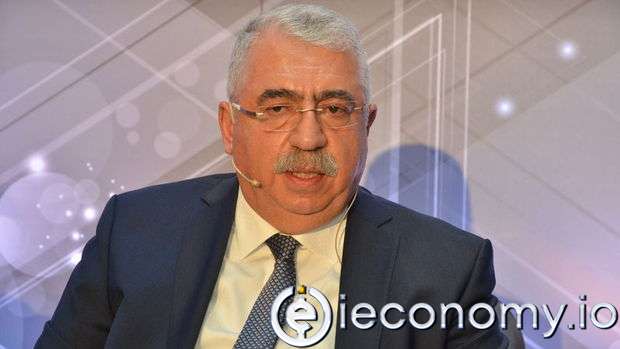 Allegations of manipulation were on the agenda regarding the fluctuations in the stock market. Attention was drawn to the recent transactions made by Ahlatcı Investment, owned by businessman Ahmet Ahlatcı, who is in Erdoğan's close circle. Ahlatcı spoke to Odatv about the allegations against him.

The extraordinary rise in the stock market, especially in banking stocks, has reversed. According to Havva Gümüşkaya from BirGün newspaper, capital market experts believe that what happened in the last two months is an organized and open manipulation. While the BIST100 index made a premium of around 40 percent from the beginning of August to its peak on September 13, the divergence within the index was described as sharp and surprising. In the news published, attention was drawn to Ahlatcı Investment, owned by Ahmet Ahlatcı, one of the business people in the close circle of President Recep Tayyip Erdoğan. In the news article stating that the transactions were concentrated in Ahlatcı Investment, the following statements were made: "Although it is not always possible for individual brokerage houses to see the big picture, the majority of the net purchases made through VIOP in the shares in question have been realized by Ahlatcı Yatırım. Ahlatcı Investment is a subsidiary of Ahlatcı Holding, where Ahmet Ahlatcı is the Chairman of the Board of Directors. Ahmet Ahlatcı is one of President Tayyip Erdoğan's 'admired business people' in Anatolia. He participates in many of Erdoğan's foreign trips with a delegation of business people. Ahlatcı Investment is the only institution to have entered a large long position in bank stocks on the Derivatives Market, despite more limited spot purchases. On the other hand, Ahlatcı Yatırım's positions taken over VIOP contracts during the period in question attracted attention both in volume and as a net buyer. The net trading volume of the institution between August 1 and September 13 was TL 5.2 billion." Follow Global Economic Developments on Social Media! Click here to follow Ieconomy official Facebook account! Click here to follow Ieconomy official Instagram account! Click here to follow Ieconomy official Twitter account!
Önceki