Oil rises on correction, on track for weekly loss on recession concerns

Oil prices rose slightly on Friday, but are on track for a weekly decline on fears of sharp rate hikes that would hit global growth and... 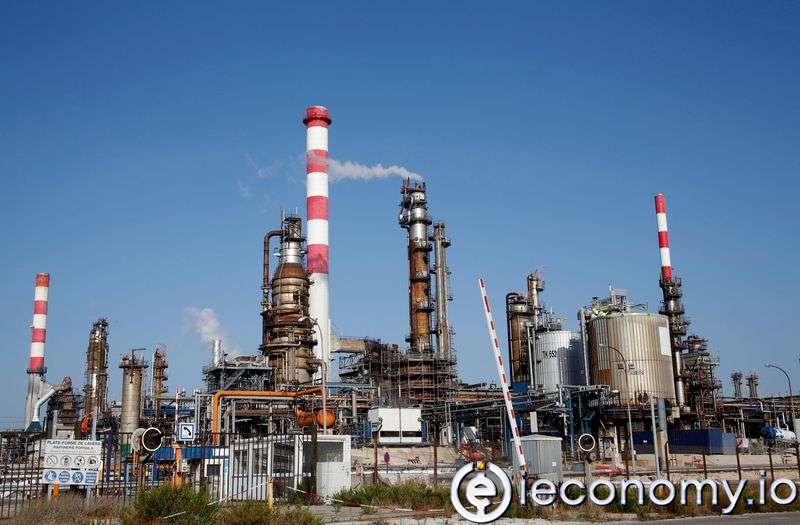 Rises on correction, on track for weekly loss on recession concerns.

Oil prices rose slightly on Friday, but are on track for a weekly decline on fears of sharp rate hikes that would hit global growth and fuel demand.

Brent crude futures rose 24 cents, or 0.3%, to $91.08 a barrel at 0315 GMT, but are down 1.9% on the week so far. US West Texas Intermediate (WTI) crude futures gained 10 cents, or 0.1%, to $85.20 a barrel, but were down 1.9% on the week. "The rebound in oil prices this morning can only be described as a short-term correction as the Fed is likely to raise interest rates by 75bp or 100bp next week," said CMC Markets analyst Leon Li. "While the probability of a 100bp rate hike is relatively low, it would bring uncertainty to market sentiment. Therefore, there is still a risk that oil prices could fall next week." Both benchmarks are heading for their third consecutive weekly loss, partly hurt by the strong US dollar, which has made oil more expensive for buyers using other currencies. The dollar index fell on Friday but held above last week's high of 110. Investors are bracing for a US interest rate hike next week after data showed inflation expanding and amid growing concerns of a global recession. The market was also rattled by the International Energy Agency's forecast of almost zero growth in oil demand in the fourth quarter due to China's weak demand outlook. "Oil fundamentals are still mostly bearish as China's demand outlook remains a big question mark and the inflation struggling Fed looks poised to weaken the US economy," OANDA analyst Edward Moya said in a note. Analysts said the US Department of Energy's comments that it would not seek to refill the Strategic Petroleum Reserve until after fiscal 2023 had a negative impact on the market. On the supply side, the market found some support from diminishing expectations for the return of Iranian crude as Western officials reduced the chances of reviving the nuclear deal with Tehran. Commonwealth Bank analyst Vivek Dhar said this supported the bank's view that oil markets will tighten by the end of the year, with Brent returning to $100 a barrel by the fourth quarter. CMC's Li added that oil prices could also be supported in the fourth quarter as OPEC+ members will discuss production cuts at their October meeting and Europe faces an energy crisis amid uncertainty over oil and gas supplies from Russia. Follow Global Economic Developments on Social Media! Click here to follow Ieconomy official Facebook account! Click here to follow Ieconomy official Instagram account! Click here to follow Ieconomy official Twitter account!
Önceki