There are losses in currencies today with the rise in the dollar index. The dollar index hit a 20-year high of 110.80 on September 7. Although 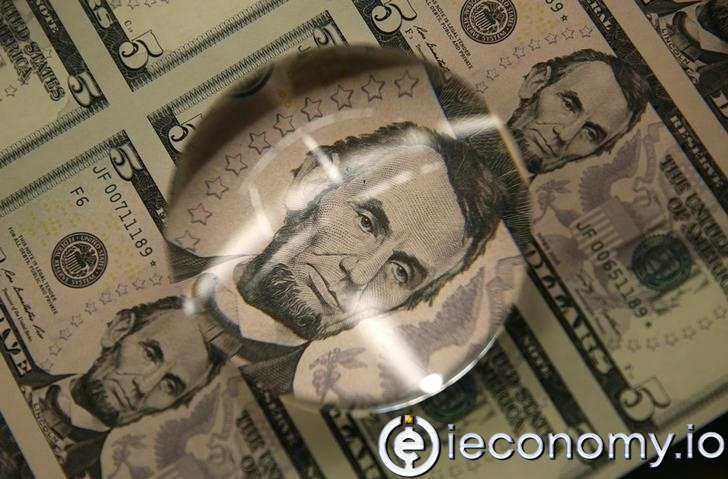 There are losses in currencies today with the rise in the dollar index. The dollar index hit a 20-year high of 110.80 on September 7. Although the index fell from its peak last week with the European Central Bank's high rate of interest rate hike and hawkish statements, it turned its direction up again after the US inflation. The index climbed to 110.26 today and retested its 20-year peak.

US inflation remains stubborn Although PPI and CPI rates declined in August, the decline was very limited and stemmed from the fall in oil prices. Excluding oil-related gasoline prices, electricity and natural gas prices continued to rise, while food prices continued to rise. For this reason, the dollar has been on the rise as the likelihood that the Fed will raise interest rates by at least 75 basis points at next week's meeting has strengthened. US bond yields at multi-year high The 2-year yield surpassed 3.90%, hitting a 15-year high. The 10-year yield climbed to 3.48% and the 30-year yield to 3.53%. The rise in bonds prices in the inflation and interest rate spread and expectations are that the Fed will continue to raise interest rates in the coming months. Dollar/TL is set for a record close On December 20, the dollar exchange rate, which reached a historical high of 18.36 during the day, declined with the intervention later in the day. On the previous day, the daily closing was 16.40. From this side, the exchange rate has been closing at record levels since June. Today, the price rose to 18.32, hitting the peak of 2022, and is priced at 18.28 in the last trading hour. Last week's close was around 18.24 and the exchange rate is set to close at a new high this week. Follow Global Economic Developments on Social Media! Click here to follow Ieconomy official Facebook account! Click here to follow Ieconomy official Instagram account! Click here to follow Ieconomy official Twitter account!
Önceki